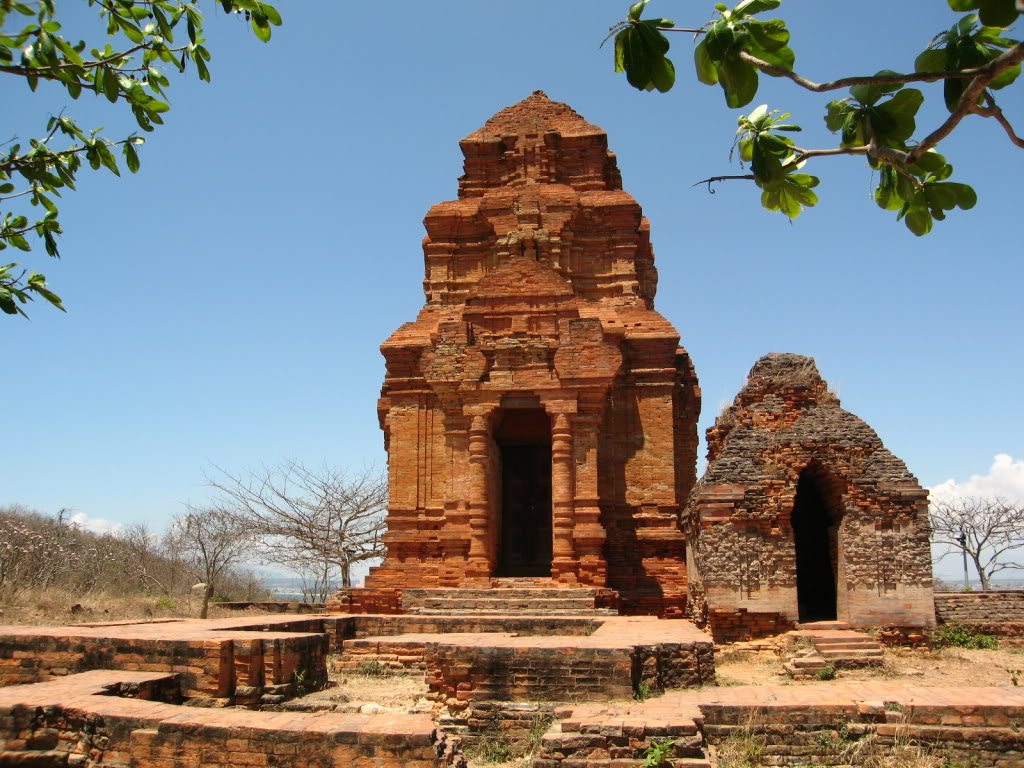 The most must-visit destinations when travelling Southern Vietnam

Vietnam in general and Southern Vietnam in particular is the perfect destination for a getaway, appealing to the backpacker and foreign visitors. While the rural areas brim with fantastic panoramas, the big cities breathe with contemporary life and provide ample opportunities to get stuck into Southern Vietnam's tasty culinary highlights. This fascinating area is full of surprises and is one of Southeast Asia's most underrated destinations

While Hanoi is considered to be the head of Vietnam is, Ho Chi Minh (formerly Saigon) is probably where its heart can be found. This bustling city of around 7million inhabitants is a hive of activity 24/7.

The main tourist attractions here are probably the Reunification Palace which is the site where the Vietnam War symbolically came to an end.

Besides, the War Remnants Museum which is dedicated to Vietnam’s fight for independence is not a bad idea if you want to take sometimes exploring this city.

The nightlife in Ho Chi Minh is not much different from what you’d expect in any other city in the world. Bars and night clubs are opened to the early hours offering cheap beer, cocktails and the Vietnamese version of western food.

The city caters to whatever you fancy; from the large elegant bars that resemble the finest in Europe to the corner bars with plastic tables and chairs belting out 80’s pop music.

One more thing you should take a try when visiting HCMC is karaoke. HCM has probably the best selection you’ll find if you want to show your beautiful or enthusiastic voice.

Ho Coc lies in Hung Bien Commune, Xuyen Moc District, Ba Ria - Vung Tau Province, about 175km from the center of Ho Chi Minh City. This is the most beautiful beach in Vung Tau with the wildest and the most peaceful attraction. Visiting here, people will have a chance to completely immerse in their own world with the freshest atmosphere. It is considered as the cheapest sea travel destination in the world by the Thrillist. Specifically, visitors cannot stand the purity and immerse blue, lấp lánh sandy beach here as well as the magical charm of forests. One of the most beautiful memory that Ho Coc provides is the mixed stones in different shapes and colors.

Ke Ga Lighthouse is located in Thuan Quy commune, Ham Tan Distric, 30 kilometers far away from Phan Thiet. People said that there is a lighthouse on a headland curving out to sea about 500 meters and having the shape of chicken head, so it called “Ke Ga Lighthouse”. This is totally a new attraction, but the sightseeing, the blue water, long sandy banks, white-pink granites and green weeping willow will surprise visitors so much. A French architect designed and constructed this lighthouse in 1897 with stone up to 35 meters height. It is about 65 meters height from the light to the sea surface. The highest is up to 1.6 meters. There also has a big chimney about 2000W and radius of the light may come up to 40 kilometers, as a signal for boat passing by.

Although there are many resorts being built there, Ke Ga Lighthouse is still well-known for its originaaly natural beauty of the sea with the willows and the granites. A few-day trip with family or friends on Ham Thuan Nam beach will not only help visitors to refresh the health on the beautiful sandy beach, but also give you a chance to explore the everlasting beauty during over 100 years of Ke Ga Lighthouse.

There’s no denying the fact that Mui Ne laidback atmosphere is one of its best features, but it is also something of a tourist enclave, separated as it is from any Vietnamese community. Another potential problem at this destination is that the strong winds and surf tend to erode parts of the beach between August and December, so you might just find the waves lapping onto the garden of your chosen resort. However, good stretches of soft sand can always be found with a little exploration.

Mui Ne is stretched along one main road – resorts make up most of the seaward side of the road, especially to the west of the curl; these peter out further east, where budget hotels start to pop up. All along, the non-seaward side of the road is made up of restaurants and cheap hotels. Moving toward further east, the beach finally disappears too, before the road reaches the actual village and harbor of Mui Ne, where fishing boats cluster together in their hundreds.

Suoi Tien – a romantic place is located about 18 km of North East Phan Thiet. One side of Suoi Tien is a perfect combination with white and red sand dunes, another side are lines of luxuriant coconut palms. All of these have created a poetic and charming stream.

The water stream of Fairy Stream has the red color from the sunlight and from the red sand in the bottom of the stream. It has the source from the mountain side around Ham Tien about 6m high and the destination to the sea. This has made Suoi Tien become a dreamlike area. Visitors will also have the chance to enjoy breathing the sweet scented field of pomelo and lemon flower.

The green lines of coconut palms will bring you to the world of pureness. The oxygen stream spreads out from coconut leaves will lead visitors go to ecstasy. Along the stream, you can have the opportunity to contemplate imposing mountain and hill.

Once hitting Suoi Tien, visitors can not skip enjoying Giong dish, a traditional dish of sea territory. The Giong dish can be cooked or processed in variety ways such as baking over a fire, frying, roasting, grilling, cook with coconut. This also makes visitor once coming to Suoi Tien cannot help visiting and hope to be back again.

Poshanu Cham Towers, located on Ba Na Hill - 7 km to the northeast of Phan Thiet City, are one of the most precious and important cultural vestiges of the Champa Kingdom. Built in the late 8th century, this group of towers worships the Shiva Genie, who is highly respected by the Cham. Inside the main tower, there is an altar, on which a couple of Liga-Yoni, a symbol of the existence of the Shiva Genie, is worshipped.

This group of Poshanu Cham tower temples was constructed in the manner of HoaLai art architecture - one of Champa Kingdom ancient art architectural manners. Now, however, there are only very a few temples left such as some ruins in My Son Holy Land, HoaLai group (Phan Rang) and PoDam (Tuy Phong - BinhThuan). It is only the group of Poshanu Cham tower temples are comparatively integral. Poshanu Towers are among the oldest Champa towers that are not much damaged. Despite its small size, the Poshanu architecture is the great combination between classic architectural techniques and decoration art of the Champa people.

The old Champa Kingdom was strongly influenced by the India civilization. About the late VIII century and the early IX century, the Champa people built these towers to worship Shiva – one of the Indian Gods. Until the XV century, they continued building some simple temples to worship princess Poshanu, the daughter of king Para Chanh, who was deeply loved by her people for her talent and virtue.

Nowadays, Champa people from surrounding areas come to the Towers every year to conduct different custom rituals. Another interesting fact is that the fishermen also come here to pray for luck in their up-coming trip to the open sea. On Tet festival, the Rija Nuga and Poh Mbang Yang festivals are also organized at the foot of the towers and many people come here to to ask for luck in the new year.

Duc Thanh School located in Phan Thiet Town (Phan Thiet Province) is well-known not only for its centenary of existence, but also because it sheltered President Ho Chi Minh when he worked there as a teacher. Hence, the School has been preserved, together with other relics built nearby, to display the showpieces on the life and revolutionary activities of President Ho Chi Minh.

Besides Duc Thanh historical vestige, there is a museum displaying objects relating to Ho Chi Minh’s life and revolutionary activities which was built next to Ca Ty river and inaugurated in 1986. After 31 years of operation, Duc Thanh school has welcomed tens of millions of people visiting and learning about the beloved Uncle Ho’s life when he taught in Phan Thiet. The vestige of Duc Thanh school contributed to patriotic tradition education to the present and future’s young generations.

Ong Fish Mausoleum is one of the most interesting destination visitors choose to come when dropping by Vung Tau. People coming here not only for entertainment, but also for religious beliefs.

This kind of sacred fish was considered as a hero for a long time ago. They always do people a favor whenever they got troubles on the sea.

Regarding to the legend of this mausoleum, in the nineteenth century, a large dead Ong fish floated on Bai Sau. The people took the fish and built a tomb to worship this sacred fish.

Recently, after many efforts to repair, this tomb has become an attractive and interesting tourist attraction. The mausoleum is engraved with elaborate shapes of dragon, turtle, phoenix ...

Visiting Ong fish Tomb, visitors will have an experience to explore interesting stories about the legend of Ong fish, as well as visit many old artifacts. That contributes to preserve spiritual values, a culture of beliefs of the Vietnamese.